A New Year, A New Beginning 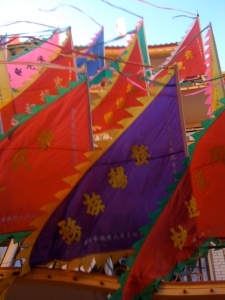 Today marks the beginning of the year of the Water Dragon in the traditional Chinese lunar calendar.  It also marks the beginning of this blog, “Scottea: Bay Area Tea Culture and Beyond.”  I am Scott and, although this is by no means my first blog, it will be my very first blog that will seriously attempt to discuss tea, local tea culture in California, and will look at various tea cultures from around the world.  In the posts to come, I will write about the ever-evolving tea culture that is local to the San Francisco Bay Area, as well as explore other tea cultures, focusing primarily on those within East Asian and the Pacific Rim.  Additionally, as I have, and continue to participate in the East Asian tea market, I will, of course, discuss any travel or developments that take place to the tea-producing areas of the world.  Finally, as a practitioner of tea, I will also discuss the ins-and-outs of brewing and enjoying tea.

To welcome in the New Year and the beginning of this blog, I chose to brew one of my favorite teas, an Aged Shui Xian (水仙) from the late 1980s, a rare Oolong from the Wuyi Mountains, a gift from a good friend.  For such an old tea,  it has quite a past!  Produced in the late 1980s by a single-farm tea producer in Fujian, China, this Shui Xian was originally acquired and brought over to the United States through the highly respected and local long-time tea purveyor Roy Fong of San Francisco’s Imperial Tea Court.  As my friend told me, the tea then sat in Fong’s warehouse, left to age.  Around 2010, my friend acquired it (by the pounds!) it and continued to age it.  Some of the leaves he even pressed into cakes!

Now at the beginning of Year of the Water Dragon, I take it out and savor its flavors.  Having been aged for so long, the initial taste it gives off is that very intense charcoal/carob flavor, fading into sweet plum notes and the occasional toasted nut.  Such flavors indicate a possible re-roasting it may have incurred early in its aging process. However, it has also mellowed with time and is now a very mellow tea to sip, a gentle respite and enjoyable way to welcome in the New Year.

I will continue to discuss this tea later this week, since it would be very easy to discuss on end its virtues and the techniques employed to unlock its many flavors.  However, this being my inaugural post to my new blog, “Scotttea”, I will keep it short.  Stay tuned for my next posting and the many more to come!